#202 – How Much “Junk” Do You Value That Separates From Your Big Ambitions?

In today’s episode, Krisstina chats with Erin Pheil. Erin breaks down what it is to have “junk value”. The definition of this is described as defining a big goal but not really knowing or understanding the ‘why’ behind it.

“We do things and act because we want to feel a certain way. We want to feel safe, we want to feel at peace…but sometimes when people are disconnected from their feelings… [there you will] find ‘junk values’”. She gets even deeper into sharing how many entrepreneurs are actually driven by fear. Fear of not being enough. Fear of being poor. Fear of any kind!

1. “Get really clear on what your exact patterns are. First thing you do is take what pr0blem you are facing, and stop saying “I am this”, get clear on the PATTERN you are experiencing.” – [46:40]

“There was this feeling that I was supposed to be doing something else. I was getting kind of bored out. The web industry was becoming commoditized and I just felt like there’s something more— this is not what I’m meant to be doing the rest of my life, and the sense was getting stronger and stronger…” – Erin ([1:30])

“There was this one day that changed everything, that I look back on, and it was like the day that I started a new direction. And the woman that I was sitting on the couch, across from, she was this kind of spiritual woman and she said: “you know, you’re so miserable, and you are so stuck, because of how you see the world— because of your mental lens— it is so dirty. Like all of the programming and the beliefs, and the rules that are running your life, they are so faulty that it doesn’t matter what you do. You can’t get unstuck…” – Erin ([4:35])

“As I changed, the pain started to decrease. I had friends who were like, ‘what are you doing?’ And I started with them… and it just snowballed from there, and suddenly I had a line out the door and it was so fulfilling and people’s lives were changed so quickly, so drastically…” – Erin ([6:58]) 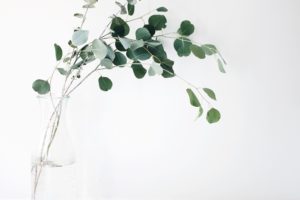 #251 You Should Write a Book w/Rob Kosberg

My guest for episode #251 is Rob Kosberg. Rob is